Palm oil…. it seems like a very controversial and debated topic. Also many say that palm oil isn’t vegan as the production of palm oil effects the area where it is grown and the animals that live there. However palm oil isn’t made from animals meaning that it *is* vegan, however it can have consequences and effect animals indirectly.

What about health wise? Well palm oil is a saturated fat meaning that nutritionally it is not a food you want to consume alot of. However as palm oil is mostly found in processed foods such as biscuits, spreads, cakes i.e all the foods you really shouldn’t eat alot of anyway. However it is also found in alot of vegan products such as cream cheese, spreads and other vegan products.

If i am honest, i don’t know alot about palm oil. I have heard alot about it but never really sat down to research what it is, where it comes from and why it is considered a negative product to consume (aside from the health aspect of course.) So when i got asked about palm oil, i thought now was the perfect time to research and will help me in the future when i get asked about what it is and whether it is vegan or not!’

So let’s start with, what is palm oil and where does it come from?

Palm oil is a vegetable oil that comes from the African oil palm tree and is grown in Africa, Asia, North America and South America. (Most of the palm oil is produced and exported from Malaysia and Indonesia).

One of the main problems with palm oil is that for the trees to grow and the production of palm oil, the area needs to be cleared – which has lead to deforistation. According to the World Wildlife Fund, an area the equivalent size of 300 football fields of rainforest is cleared each hour to make way for palm oil production. (X)

This has lead to the animals living in the rain forest, either having to move to another habitat or they die in the process of clearing the area for plantation. One of the main animals in danger is orangutans, and if the deforestation doesn’t stop they could be extinct within 5-10 years.

According to saynotopalmoil, “A large proportion of palm oil expansion occurs at the expense of biodiversity and ecosystems in the countries it is produced. Currently, a third of all mammal species in Indonesia are considered to be critically endangered as a consequence of this unsustainable development that is rapidly encroaching on their habitat.” “Over 90% of orangutan habitat has been destroyed in the last 20 years, and as such, is considered “a conservation emergency” by the UN. An estimated 1000-5000 orangutans are killed each year for this development. ” (X)

Not only is the process of producing palm oil indirectly killing animals it is also cutting down trees and leading to deforestation and impacts the climate, “The removal of the native forests often involves the burning of invaluable timber and remaining forest undergrowth, emitting immense quantities of smoke into the atmosphere and making Indonesia the third highest greenhouse gas emitter in the world.” And the killing of the animals (Wildlife such as orangutans have been found buried alive, killed from machete attacks, guns and other weaponry. ) is lowering the biodiversity of animals and that of course effects the ecosystem.

There is also a human rights issue with the production of palm oil as there is child labour involved and at times they might not even get paid despite spending hours/whole days at the plantations. 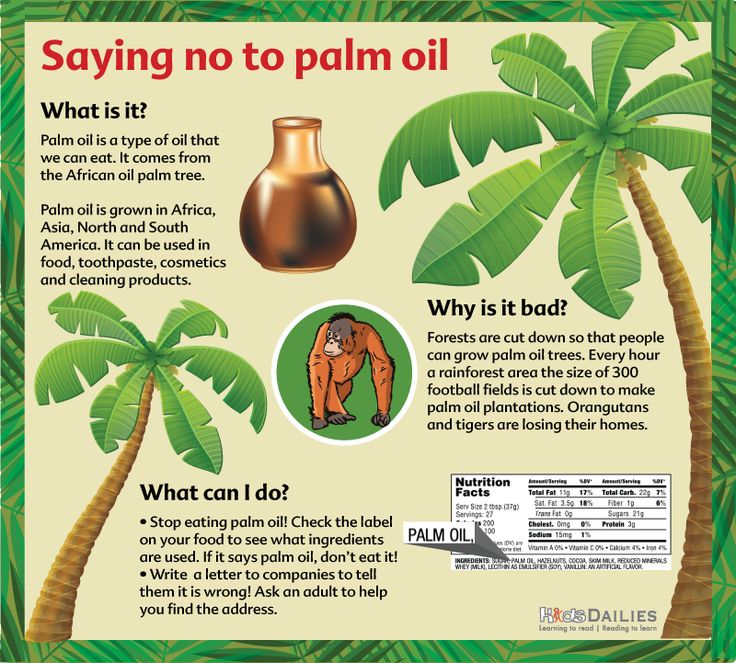 What about sustainable palm oil production that some companies use?

There are certain criteria and guidlines which have been set for plantations to become certified as sustainable i.e a much better option and if companies do use palm oil they should atleast use the certified palm oil.

A sustainable palm oil industry must:

Best practice refers to methods or techniques proven through experience and research to lead to a desired result; generally accepted as superior to other alternatives and as the best to use in a particular industry. In relation to sustainability, best practices seek to reduce negative social and environmental impacts, and increase positive impacts, as much as possible.”>best practice guidelines.

Certified palm oil plantations get a mark/certification from RSPO which can be used to show it is certified. The Roundtable on Sustainable Palm Oil (RSPO) is an organization committed to making oil production as environmentally friendly, culturally sensitive and sustainable as possible. (X)

“Only 35 percent of palm growers that are members of the Roundtable on Sustainable Palm Oil are actually certified by the RSPO. Meaning the other 65 percent pay to be “members,” but have taken no action to adhere to the RSPO guidelines in their growing practices.” (x)

Sustainable/certified palm oil is just an alternative and *sort of* better option – it doesn’t actually stop the deforestation that happens with the palm oil process. So even if it is a better option it doesn’t really solve the actually problem. Also from my understanding even if some plantations have the RSPO certification they don’t always follow the guidelines  which is very problematic if someone thinks they are consuming certified palm oil i.e not as devastating consequences, but in actuality they are supporting something they don’t want to.

Palm oil is one of the cheapest oils to use as well as having a high smoking point a good texture/properties for so many different foods – which is why it is used in so many products. Many who boycott palm oil think it should be replaced with coconut oil  as it has sort of similar properties however that is also a problematic food (won’t write about that here). What would you replace palm oil with?

This is not something i can answer, instead i think the products using palm oil shouldn’t and don’t need to be sold anyway i.e all the processed food…. i mean, it’s not something we *need* in our diet anyway.

Certain make up and shampoo and household products can contain palm oil. 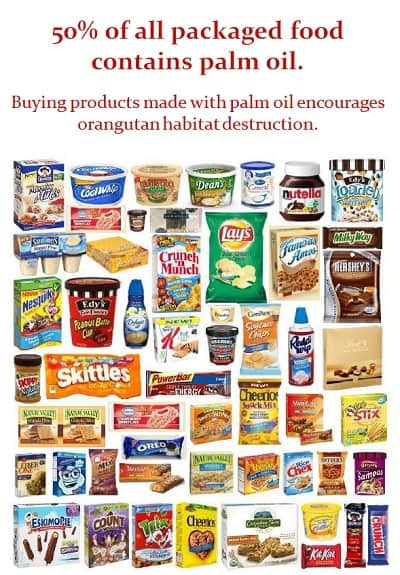 The more whole foods you eat and cooking food yourself the less palm oil you will consume which is of course better for the animals, environment and health – so it is a win-win. However donä”t feel bad or guilty if you do consume something that contains palm oil… you can only do your best.

Is palm oil vegan? Considering it has no animal products in it – yes it is vegan by definition. However uncertified palm oil can indirectly kill/harm animals which isn’t so vegan…. so just do your best to avoid palm oil as much as you can – that is my final thought!

When it comes to what foods you buy and consume  you could go crazy thinking about it all – all the different steps, processes and things you are supporting you didn’t know you were supporting. For example the netflix show Rotten shows some of the dirty business behind certain foods and food production… i mean something as simple as what garlic you buy has a HUGE impact elsewhere in the world.

All you can do is your best and sometimes you have to pick your battles. Being aware, getting educated – it makes a difference, but don’t drive yourself crazy either. You still need to eat and everything in balance and some problems such as palm oil also requires businesses and governments to take action even if individual choices still make a difference.

What are your thoughts about palm oil? Where you already aware of the consequences of palm oil?

Also  if i have missed something or maybe you have some extra knowledge, feel free to comment below, i want to know more and see all sides.

Post: how to wean yourself off of palm oil

10 facts you need to know about palm oil

Lots of articles about palm oil 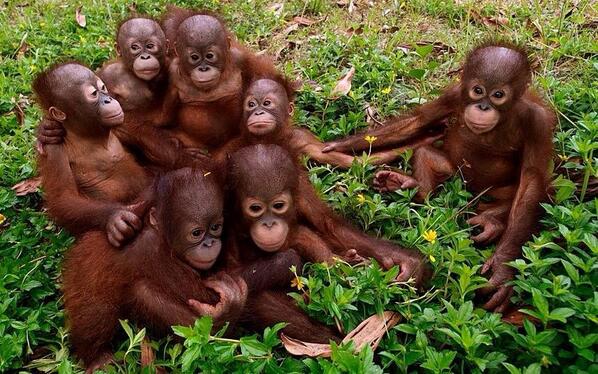