One of the main arguments i hear against veganism (apart from the…. “it’s too restrictive”, “i love meat”, “i can’t get enough protein on a vegan diet excuses”) is that it isn’t natural because you need supplements.

This argument is not a valid or good reason to not go vegan according to me. Taking supplements or medicines isn’t just something vegans do or should do… infact many vegans take less supplements than omnivores. I know many omnivores who take SO MANY supplements everything from fish oil, calcium, iron, c vitamin, extra b vitamins, d vitamin and the list goes on. And this is young, healthy adults (the older you get the more you may need supplements as you can’t eat as many calories or your body doesn’t absorb nutrients as well so taking supplements can help make sure you get enough of the vitamin or mineral.)

As a vegan, the only supplement you need to take is b12, and you can get that either through just a b12 supplement or example a multivitamin. (Fortified products do have b12 but it is best to use supplement just to ensure you get enough). Otherwise it is recommended with a D vitamin supplement – for everyone who lives in colder climates, and taking a vegan omega 3 can be useful if you don’t eat alot of chia seeds, flax seeds or walnuts which are rich in omega 3. Generally, a multivitamin can be a good idea – but NOT a necessity. You can get all the nutrients you need from a vegan diet apart from b12.

But you know what, even omnivores who eat meat can get b12 deficiency. Sometimes the body doesn’t absorbed b12 as it should, and the older you get (or if you have had a gastric bypass or don’t have enough stomach acid) then the body doesn’t absorb b12 as it should. Also iron and D vitamin deficiency can happen to omnivores – it is not something that just happens to vegans…. infact it most likely affects more omnivores than vegans.

A vegan diet isn’t magically a healthy diet and neither is an omnivoroous diet magically healthy. It is about WHAT and HOW much you eat of the food you do eat.  People can get sick and get deficiencies from an omnivorous diet, just like people can get sick and end up with deficiencies on a vegan/plant based diet. You need to eat balanced and healthy and try to get all your nutrients and vitamins from the food you eat.

Supplements are just extra… they are not the base of your diet, they should just be there for extra if you need them. Also, there is NOTHING wrong with taking supplements. It is not “Unnatural”… it would be a little abnormal if you base your diet around supplements, i.e thinking that you can eat just salad and fruit and take supplements and you will be fine… that is not recommended. Instead, first focus on food and getting everything you need from food, and then supplement if necessary.

But back to the argument that a vegan diet isn’t natural…. well animal farming isn’t so natural. Sure in the past (thousands?) of years ago the people had animals to get milk and meat from, it was their way of surviving…. they may have *needed* the meat and milk to stay alive and get all the nutrients they needed. But back then they 1) also ate alot of the vegetables and grains they were able to produce themselves, 2) the meat and animal products they ate were very little, 3) they had their own animals to take care of and it wasn’t a mass production of animals and 4) the average lifespan was alot shorter back then than it is now. 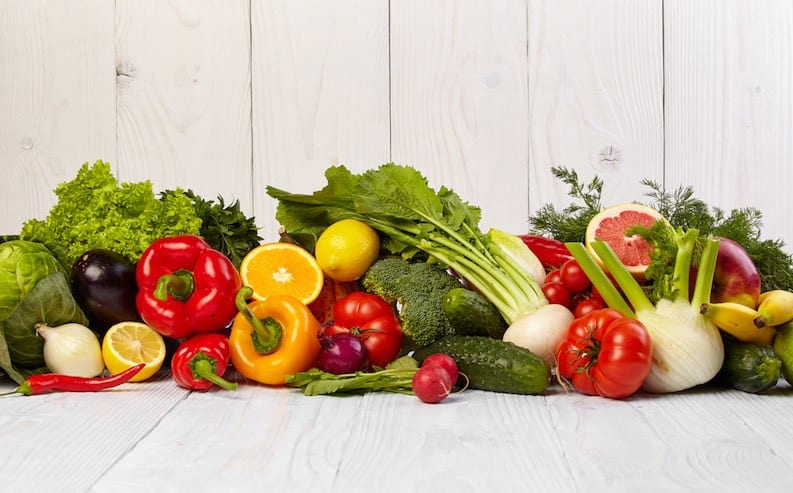 Times were different back then… there weren’t shops you could go to and buy everything you needed. There wasn’t an abundance of food everything or lots of different products to choose from. You ate what you could produce, you bought an animal and kept it alive until it was time to eat it…. and the cycle went on until society began to change and the industrial revolution began. (**if my history is wrong, please feel free to correct me in the comments below) Times change and you can not focus on the past or what people did in the past, i mean they died from sickness, so the argument that “the past was better” really isn’t a valid argument because it wasn’t better in the past.

It is also important to remember that the one thing that is unnatural is the mass production and slaughter of animals. THAT is not normal or natural. Insemination of animals to have “babies”, keeping the animals caged up or locked up, driving them to a slaughter house to be killed to be packaged and sold as meat. Having cattle caged up to milk them. Hens locked up to produce eggs. Animals dying every second either from the abuse/torture of being locked up or from being slaughtered.

According to Worldwatch, c.a 56 billion animals are killed each year for meat world wide. People eat between 30-80kg meat per person per year (depending on where in the world you live).

How is that natural?

Not to mention that many animals have their food fortified. Some animals get extra D vitamin in their food so that they have more D vitamin, as well as B12. The animals don’t produce B12, instead they would get it from the ground/grass/soil where there is bacteria that produce B12. Also when you are eating meat you most often get small doses of antibiotics and hormones…. that is not so natural. (**Of course “organic” meat and eggs would have less antibiotics compared to not organic/free range).

I am not against processed food, eat it in moderation if you like it. But feels strange for someone to say that vegan food isn’t natural when i am pretty sure very little of the food people buy in stores now a days is natural. Instead you would have to grow your own organic foods and vegetables if you want it to be natural.

Infact sometimes the organic food doesn’t last as long, or the organic plant based milks aren’t fortified i.e (not a good idea to drink/spend money on as a vegan)… so it is better to  buy the food that will last a little longer or is fortified – example iodized salt (as long as you don’t have a thyroid disorder where you need to limit your consumption of iodine.)

Instead of coming up with arguments as to why you can’t go vegan or eat vegan, why not come up with all the reasons you can and should eat more plant based and less animal products. Like i always say: It doesn’t have to be all or nothing. You can still limit the amount of animal products you consume without having to go fully plant based or vegan. It still makes a difference.

Instead of finding excuses, people should just try.

Also a tips is to DONATE & download Earthling ED ebook with 30 non vegan excuses and how to tackle them. I.e whenver friends or family come with different reasons as to why they can’t go vegan… you know how to answer them without getting angry.

I haven’t personally read the ebook yet. but have heard great things about it so i am going to donate and download the ebook now 🙂 (It is free to download, however considering that he has put so much time and energy into writing and creating the ebook i wouldn’t want to download it for free anyway. That would just be disrespectful according to me.)