I have several posts on my blog about meat, dairy and eggs…. but what about fish?

Is fishing really so bad? Isn’t fish healthy? Do we need to eat fish? What about Omega 3?

Let’s start off with why eating fish isn’t vegan and the ethical part about fishing, and then  in a second post i will write more about the nutrition and health benefits/consequences of eating fish.

Many don’t see fish as unethical to eat…. many can easier make a connection with mammals such as cows, pigs, hens (but even then, many don’t see why it is wrong to eat them). People tend to forget that fish have feelings and want to live, just as much as any other animal or human. They might not have the same emotions, thoughts, consciousness as other animals or humans… but when fish are caught and killed they are often done so in brutal ways and are often left to suffocate. At the end of the day, fishing = killing an animal that wants to live. (Read more HERE: fish feel pain)

There is also a problem that certain fish are being overfished and this can cause problems in eco system and sea life. All the fish and different sea life have a purpose and place in the eco system and environment of the water… it is a balance and when one type of fish is gone from that eco system it can cause an imbalance. (Read more about overfishing: HERE) 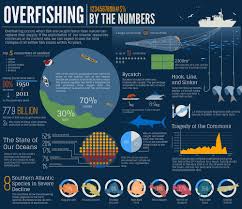 Fishing and selling fish is a HUGE business and fishing isn’t always regulated which has lead to quotas (how much of a certain type of fish that the boat/business can fish/sell), but also lead to illegal fishing. At this rate of fishing, it is thought that there will be more plastic and pollution in the water than actual fish (this of course can be debated but you can read more HERE) .

I recommend you watch the last episode of the show Rotten on Netflix which is about fishing – if you want to know more.

Just like with bees and wildlife… sealife is an important part of our ecosystem and if one type of animal begins to die out, it can have much larger consequences, which is why there should be stricter rules but also that people are aware of what type of fish they eat/buy, if they do eat fish. Optimal – from a vegan and even environmental view – is to not eat fish.

However fish can have some health benefits, but even some health consequences if you eat the wrong fish or too much of certain fish. But a post about that is coming up in a few days!

**Also, fishing as a sport isn’t vegan. Even if you catch fish and release them it can cause stress for the fish which isn’t healthy or fair to the fish. And fish as sporting isn’t ethical at all just like hunting.