Soy, soyabeans and soyaproducts…. are they healthy to eat or not?

I personally love eating soyabased products and tofu aswell as edamame beans are a huge favourite of mine. But there are many who believe and say that soya is unhealthy…. that soya gives you cancer and can make males more “female” because of the estrogen like substances in soya beans.

But what does the science and facts actually say?

As a nutrition student, vegan and soya lover i have never actually sat down to research and read articles about soya and soya consumption. I did write an essay and presentation on meat vs tofu and their effect on stomach cancer. The two different cohort studies (one which studied the effect of meat intake and cancer risk, and the other one studied tofu intake and risk of cancer) showed that the more red meat a person ate, the higher risk for stomach cancer, whereas eating tofu could actually have a protective effect. However, there are also a bunch of other factors that increase (and decrease) the chance of getting stomach cancer so all of those had to be included when looking at the results as well! But that was off topic….

I thought it was finally time to do my research and see, what the research says…. are soya products healthy? How much is healthy?

QUICK SUMMARY FOR THOSE WHO DON’T WANT TO READ THE WHOLE POST:

Eating a moderate amount of soy products such as tofu and edmame beans can have different health benefts, especially when they replace animal products.

Soya products may be able to help with different menopausal symptoms, as well as help reduce the risk of bone loss for elderly women.

The phytoestrogens in soya do not make men more “womanly” and may infact help reduce risk of prostate cancer.

High intakes of soya is not recommended for those with thyroid problems.

Inconclusive evidence whether soy increases or decreases the risk of breastcancer.

Edit/Update: The best is to avoid soya products such as soya sauce and soyabean oil, and consuming moderate amounts of soya is not seen as unhealthy for the majority of people. Varying soya products with other plant based options (such as oat based products) can be a good idea if you are vegan/vegetarian.

Notes, this is based on the research and articles available/i read so far, 2018. Sources linked below.

Let’s start off with, which foods include soyabeans….

The myths regarding soya?

What does research show?

To begin with, soya contains isoflavons which is a phytoestrogen (plant estrogen) and it has similar functions to human estrogen, but in a much weaker effect. [Estrogen = predominant female sex hormone and it is responsible for the development of the female reproductive system and breasts, as well as help with regular menstrual cycle.]

Some studies have shown that one of the isoflavones in soy can lead to reproductive problems. HOWEVER the participants were injected with the isoflavone, meaning that they got a high dose and the isoflavone was given seperatly as well as metabolized differently than if you were to eat soyabeans which have numerous different isoflavones. Meaning that the results can’t be generalized and the effects most likely not seen from normal (or higher than normal) consumption of soy.

Because of the isoflavones it is said that eating soy can lower testosterone and make men more “female” as estrogen is the female sex hormone. However, according to research that is not true as the isoflavones have such a small effect. It has however been noted in some studies that males who consume a high amount of soyabased products have a lower quality/amount of sperm. Though it has not yet been concluded if it is due to the soya or other factors.

It has also been seen in numerous studies that eating soyproducts could actually have a preventative effect and lower risk of prostate cancer for men, however there still needs more research for it to be a proven fact. Also research on different soybased products and their effectin the body. (source)

What about soy and breast cancer? :

According to the  European Food Safety Authority that isoflavones do not adversely affect the breast, thyroid or uterus of postmenopausal women. (Source)

Because of the isoflavones, it is believed that soy could be beneficial for women in menopause as the soy would contribute to a higher level of estrogen (as estrogen lessens during menopause.)In theory it is also believed that a high intake of soyproducts could postpone menopause (I.e lengthen the menstrual cycle). The results of different studies are conflicting – some show that soy could help with hot flashes, and others show no benefit. So there seems to be no real link/proven that eating soy helps during menopause and more research needs to be done.

During menopause women have less estrogen and that can lead to a decline in bone density. “Estrogen therapy reduces postmenopausal bone loss and hip fracture risk by approximately one-third [source. Initial speculation that soyfoods promote bone health in postmenopausal women was based on the estrogen-like effects of isoflavones” (source). It does seem that a high intake of soya can increase bone density, or atleast lower the decline in bone density. However it is unclear whether it is the calcium and protein from soya and soyabased products, or whether it is the isoflavones.

There is evidence that too much soy can interfere with thyroid function if you have hypothyroidism, and it is then good to limit the amount of soy you consume.

So far there is far too little research on this area to make a concrete statement. Some researchers advice against soybased formula because soya is an allergen and because of the lack of research, i.e in 20+ years time maybe the consequences (or benefits) of using soyabased formula may show. And other researchers say that there has been no clear evidence or signs that soybased formula has had any negative effects on babies. I think there is an ongoing study (and data analysis currently happening) on this topic though. 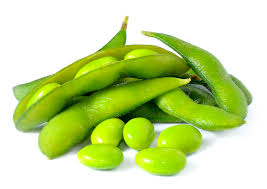 “The original interest in soy was fueled by geographic epidemiology—the observation that populations that consume a lot of soy, particularly those in eastern Asia, have less breast cancer, prostate cancer, and cardiovascular disease, and fewer bone fractures. Additionally, women in these populations report fewer menopausal symptoms, such as hot flashes, and both men and women have a lower incidence of aging-related brain diseases.” (Source)

Soya beans are a complete protein source, meaning it contains all the essential amino acids. Also contains healthy unsaturated fatty acids as well as rich in b vitamins, fiber, potassium. calcium and iron!

It does seem that soy can reduce risk for breast and prostate cancer, as well as lower LDL cholesterol and reduce risk for cardiovascular disease. However many tests were done in vitro (i.e on cells in the lab) or on animals, and so the results are still unclear of the benefit in humans. Also part of the results – such as lowering LDL and reducing risk for cardiovascular disease, may be due to the decrease in meat and saturated fat when people replace those with soya based products. 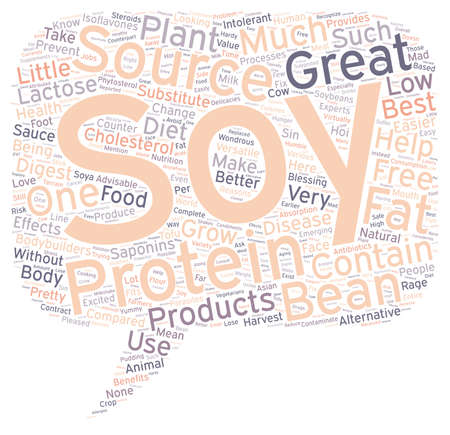 Well first off, soybeans and isoflavones should not be equaled to estrogen hormones as isoflavones do not have the same effect as estrogens in the body. Also that they are very weak and you would need an incredibly high dose of the isoflavones to actually have some type of negative effect.

It is seen as safe to eat soyabased products for the majority of people and 2-4 servings a day is fine. (And 25g/day of soyprotein has been seen to reduce cholesterol ) It is also seen as especially beneficial when you replace meat and dairy products with soya based products which contain less saturated fats and less cholesterol.

So the research so far seems to show that it is safe to eat soya in moderation (and can most likely have positive health benefits) – just like with all foods, excess and over the top consumption isn’t good.

The best is to opt for the unprocessed soya products and limit amount of soyasauce and soya oil and instead consume example tofu, tempeh, soybeans.

(And as a final note, i think it is also important to remember, that those who complain about soya having/acting like female hormones, forget that animal products infact contain hormones and antibiotics. So it doesn’t really make sense for people to use the excuse that soya will make men “more female”, when they are infact consuming hormones from animals. Not to mention, that the animals are fed soya so you are indirectly eating soya when you consume animal products/predominantly meat.) This was just a little note i felt i had to add to this topic.

At this point in time the research is very inconclusive in some areas and so it is unclear how much is safe or positive/negative to eat. And what benefits or consequences there may be.

However it seems that a moderate intake is safe to eat!

When studying soy there are many different things you need to keep track of when reading the results and interpreting the results.